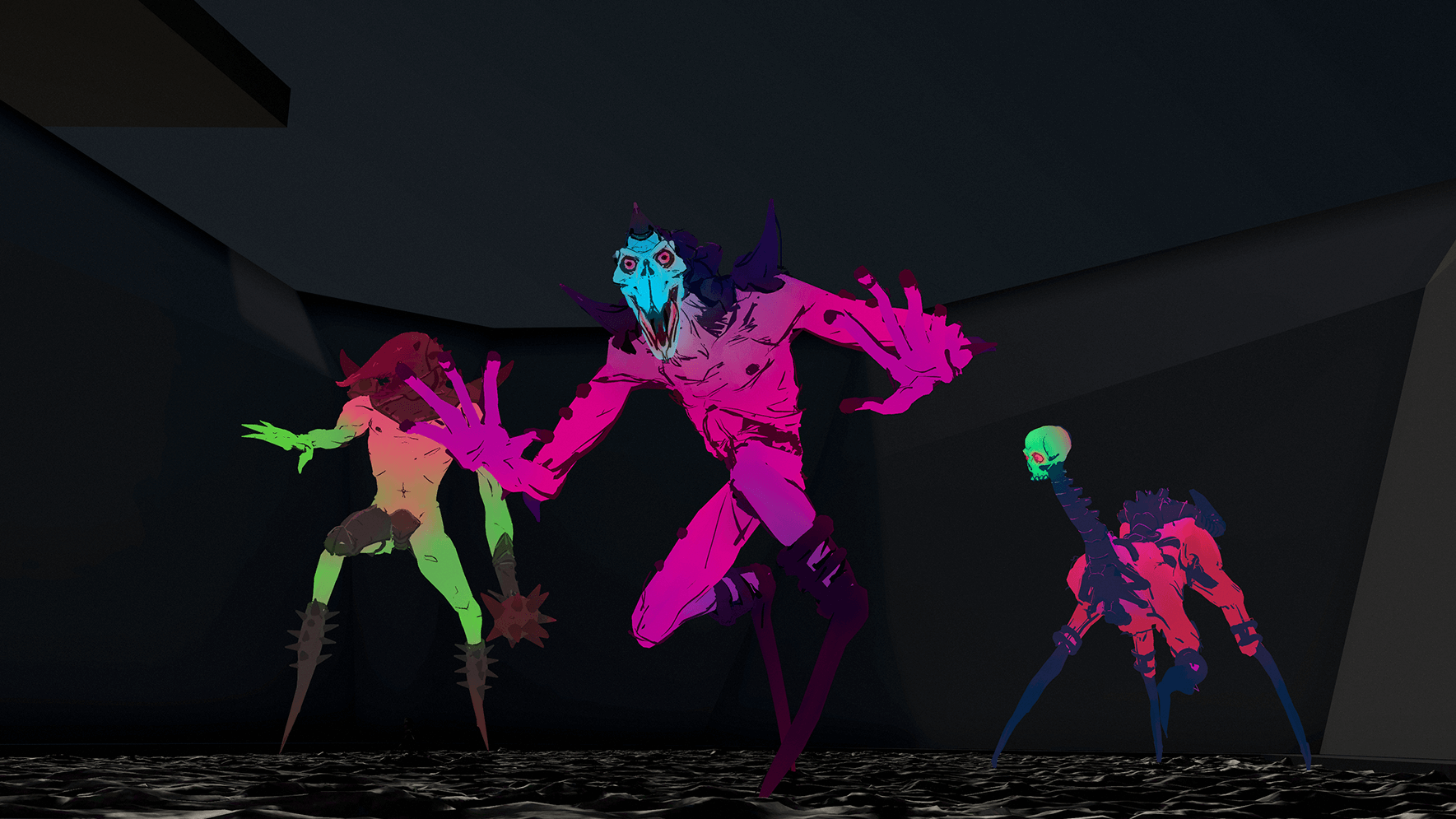 Liz Edwards (@LizalEdwards) brings a band of other-worldly animated ghouls and skeletons to the MOR. Created with Tilt Brush and 3DS Max, the Ghouls are made even more compelling with immersive sound design by A Shell In The Pit and an embellished floor of photogrammetry sand (from Ocean Beach in San Francisco) by Az Balabanian (@Azadux).

With this update, we're expanding on the audio tour system we introduced with Complex Chaos. We've added two spatial interviews, one with VR artist, John Orion Young (@JohnOrionYoung) and the other with sound designer, Em Halberstadt (@emaudible). While the interviews are stylistically different, with Em's being a volumetric video and John's being recorded in-avatar in the MOR, they give some insight into the each artist's creative process.

You can now access most of the social features (adding friends, blocking, sending invites) in VR, without having to turn to your flat-screen monitor.

With our new public room system, it's never been easier to hang out with old friends or make new ones. Want to meet up with someone by Kevin Mack's Blort? Walk over to the piece at the scheduled time and you should see them standing beside it.

If you aren't friends with the person, you'll see their 'ghost' and the level of interaction between both of you will be limited for safety reasons until you invite them to your room or vice versa. If seeing the ghosts of other players isn't your thing, you can always turn the feature off and remain private.

We interviewed Michelle Brown (@thebadlament) about playing with people’s perceptions of boundaries through VR. You can read her interview here

We also talked to Naam (@_naam) about using VR as a medium of expression, world-building tool, and core part of crafting his personal VR diorama, A Piece Of The Universe.

To keep up to date, follow the MOR on Twitter and Instagram, or join us on Discord. If you have any questions or have something you'd like to show in the museum, don't hesitate to get in touch!