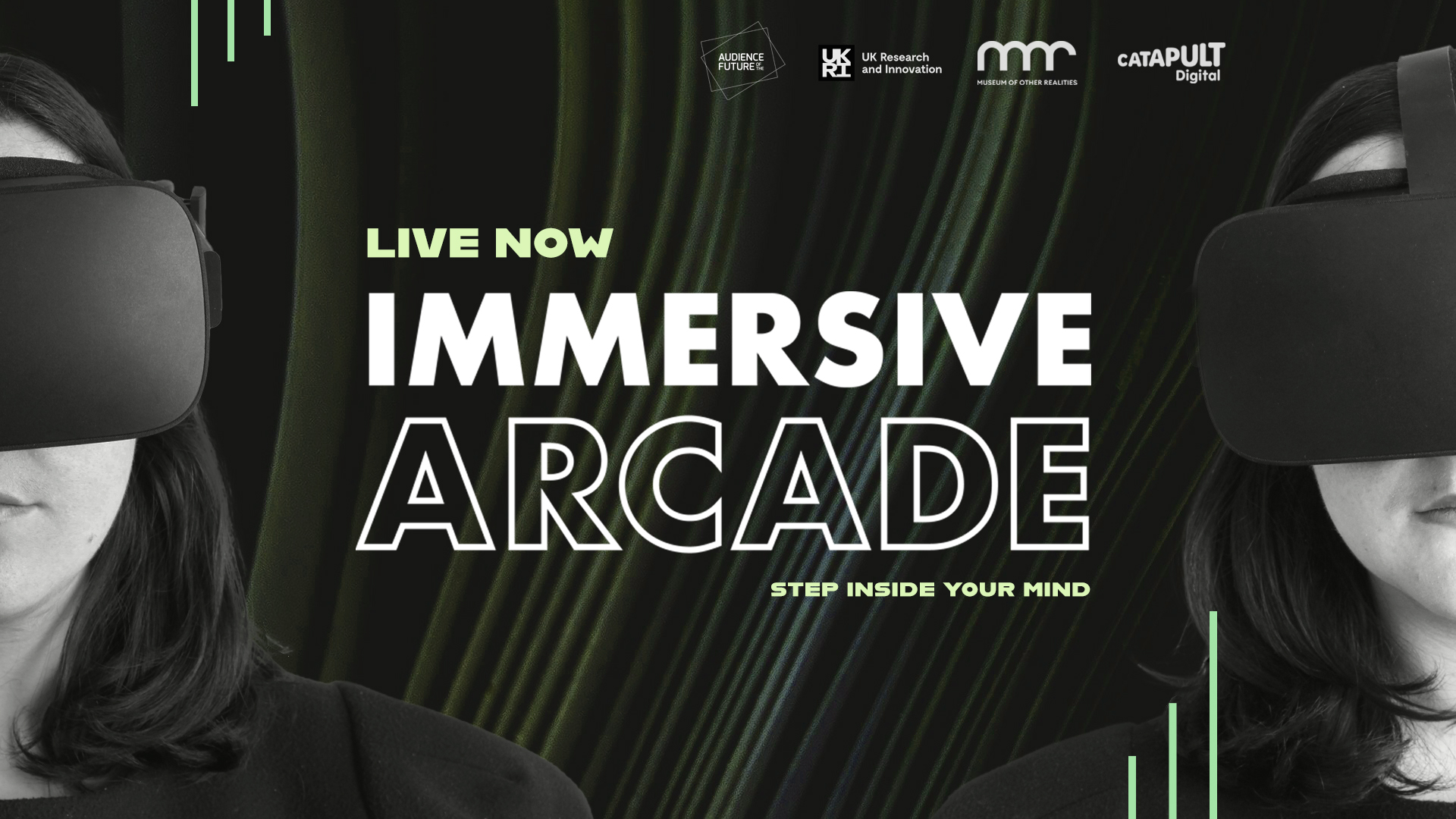 The MOR has been working alongside Kaleidoscope and Digital Catapult as the host venue for a showcase of British XR excellence. We are excited to invite you as we announce the opening, and with that, the first volume of a very special showcase on March 12th 2021!  Join us for the opening on March 12th.

The Immersive Arcade: The Showcase is the first national collection of the best of British virtual reality (VR) and 360 experiences. The showcase is designed to reimagine these celebrated productions and immerse visitors within them. The collection is themed around an exploration of the human mind.

This dynamic collection draws together eclectic productions from across documentary, experiential and narrative genres, themed around an exploration of the human mind.

The Kaleidoscope of ways in which human beings tell stories.

The showcase will feature:

Common Ground is a VR documentary narrative exploring the history, politics and human face of the current crisis in the UK housing system. Through the brutalist concrete blocks of the notorious Aylesbury Estate, the biggest social housing estate in Europe, audiences will enter its world from its construction to its controversial redevelopment today. This multifaceted VR documentary questions notions of community, examines the dis-enfranchisement and demonisation of the working class, and captures the sense of betrayal that residents feel when they are forced to move on.

Imagine you could make yourself invisible. What would you do with this remarkable talent? Could you resist the temptation to wreak havoc on the unsuspecting? If you cannot be seen, how can you be held responsible for anything? Meet the invisible man and choose your path.

From a multiple award-winning VR team and Oscar-winning special effects team, Fly enables you to become a time-travelling pilot - from the earliest imaginings of Leonardo da Vinci and his ornithopter, to the Wright Brothers’ success on Kitty Hawk Beach and, ultimately, into one potential future of flight.

In 1983, after decades of steady deterioration, John Hull became totally blind. To help him make sense of the upheaval in his life, he began documenting his experiences on audio cassettes. These original diary recordings create the basis of this interactive non-fictional narrative which is a cognitive and emotional experience of blindness. Storytelling, art direction and graphical universe form a unique and singular immersion, completed by movement tracking, specialized sound and controller interactions.

To access the showcase please follow the steps here. Mark your calendars and learn more about the showcase by heading over to the Immersive Arcade website.