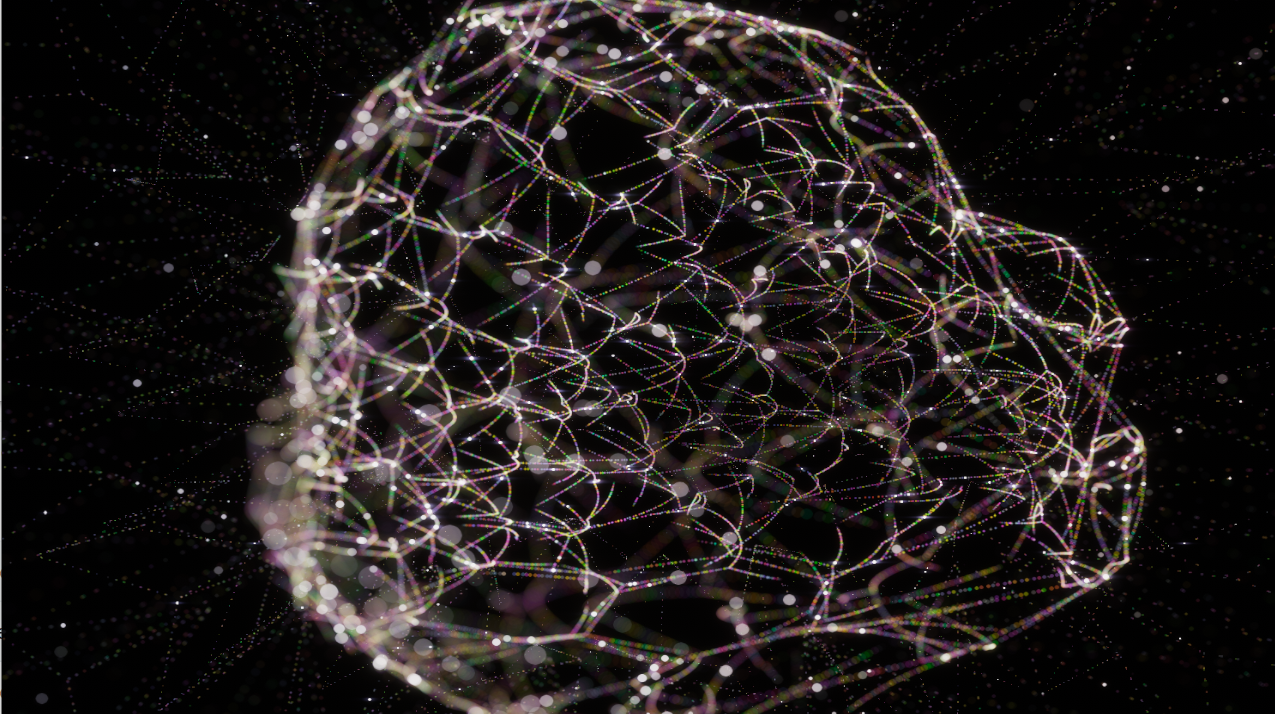 For years, Andy Baker has been fascinated with geometry and symmetry on one hand and creating digital images that have an organic or natural feel about them on the other. Having struggled with balancing both when using 3D software, Andy feels he finally cracked it with Gossamer. As a kid, Andy had a series of colouring books called “Altair Design Books” which used symmetry to create grids that could resemble Islamic tiling if you coloured them the right way. This, along with him spending a few months in Morocco in his 20s, notepad, pencil, protractor, and compass in-hand, inspired the tiling patterns and symmetry echoed in the piece. The maths behind the piece can partially be traced back to the work of mathematicians like John Conway and George Hart. He also credits Keijiro Takahashi’s faux-bokeh implementation in Unity, which is used in Gossamer. Andy hopes viewers will take a little time to watch how the piece changes, as he was careful to tune the process so that a wide variety of forms that can appear. He believes generation based on randomness can often feel a bit arbitrary and meaningless, so his approach is to balance the elements so there’s the illusion that something intentional is going on. "Watching car traffic from a distance can seem like random points of light but it’s actually lots of individual people making deliberate choices. This is kinda the complete opposite of that!", he says.

Tools used
Unity
Related ARTICLES
Featured in...
No Articles found.
Explore
More like this
View
Neo-Hanuka
Micah404
(
2018
)
View
Quantum Tesseract – A Folding in Space Time
Kris Pilcher
(
2020
)
Stay up to date with new exhibits and events.
Thank you! You've been added to our mailing list
Oops! Something went wrong while submitting the form.