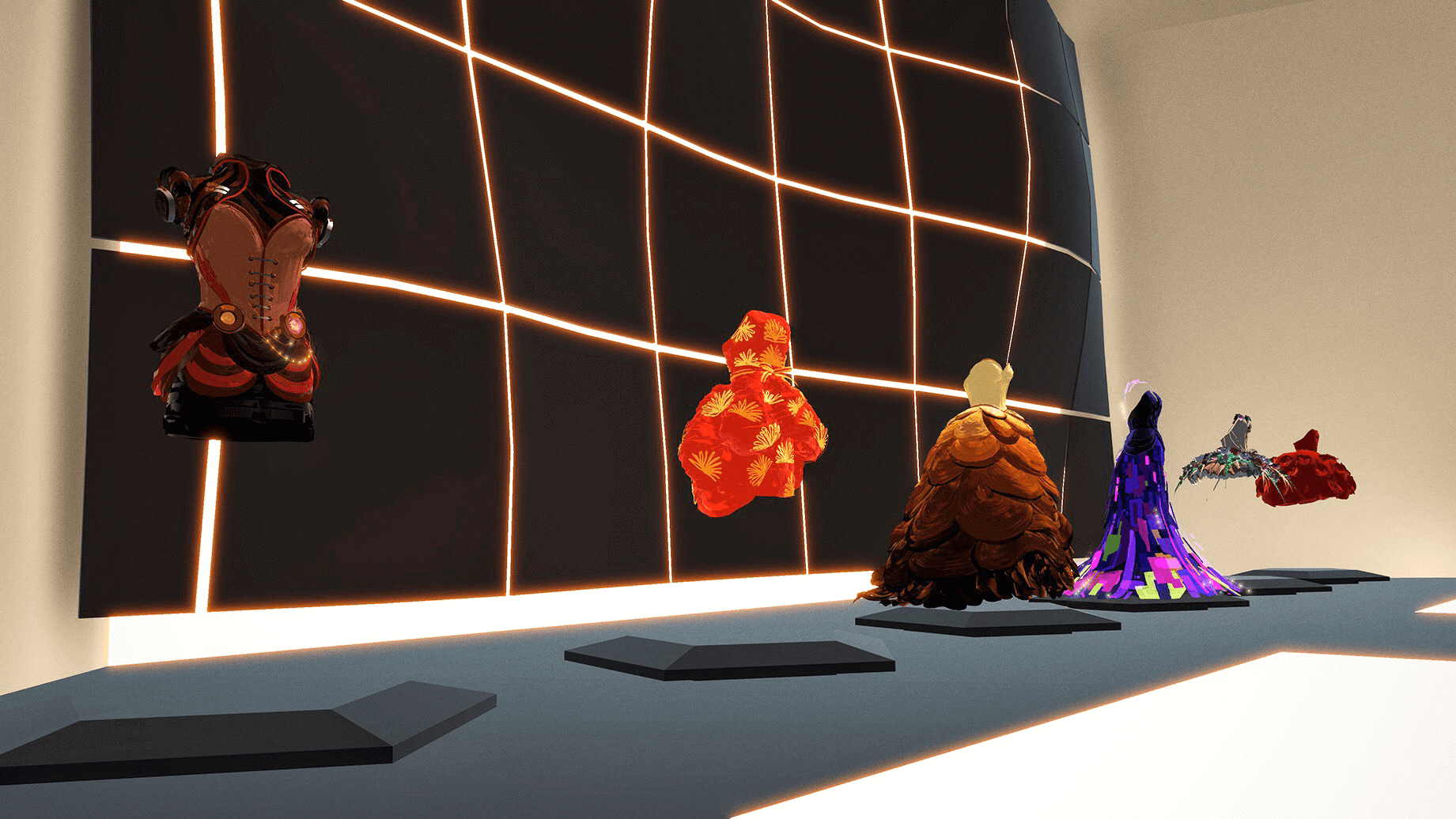 This month’s update introduces three new exhibits and improved social controls in the MOR. We’ll also be testing and experimenting with some exciting new features and would love to hear what you think about them, so feel free to join us on Discord.

NEW IN THE MUSEUM

Animation designer Anand Duncan (@FlashBunny) brings a new addition to her dress collection; we now have seven intricate wearable dresses on display. The latest dress resonates with retrowave visual culture, updating her vibrant collection of period attire with some digital couture. It's the perfect opportunity to strut about and walk away in an Anand Duncan original!

With Lignes de Fleurs, VR artist Sabby Lighf (@TheSabbyLife) meditates on the fine visual details that excite her about the living world. The works on display can be seen as new media iterations of traditional still life, composed in Tilt Brush. The selection comes from an ongoing daily project in which Lighf is determined to gain mastery of the medium.

In an updated version of Alex's Sci-Fi World, multidisciplinary VR Product Designer Matt Schaefer (@matt.schaefer.design) takes us into an after-dark scene from an outlandish, futuristic cityscape. As it pours and pours in this urban ruin, visitors are encouraged to investigate the premises for evidence of anthropogenic activity by engaging with micro-stories on site.

We've included a few more ways to moderate your social experience in the MOR. In addition to the personal space feature from last month, you can now add friends and block any unsavory characters you (hopefully never) come across.

To do this, you'll need to use the flat-screen menu on your monitor and swap from the Config Menu to the Users menu at the bottom left. From there you can select users from the list to befriend or block.

Not only are we featuring her dress collection, Anand Duncan was in this month's Artist Spotlight. Read her interview here.

In the interview, she discusses her hopes for the future of Tilt Brush, which starts an interesting conversation for other fashion enthusiasts keen on exploring a fabric realism or a fuller scope of textiles in VR.

To keep up to date, follow the MOR on Twitter and Instagram, or join us on Discord. If you have any questions or have something you'd like to show in the museum, don't hesitate to get in touch!