February 26, 2020
MOR 1.0 Release: The Museum of Other Realities Exits Early Access
by 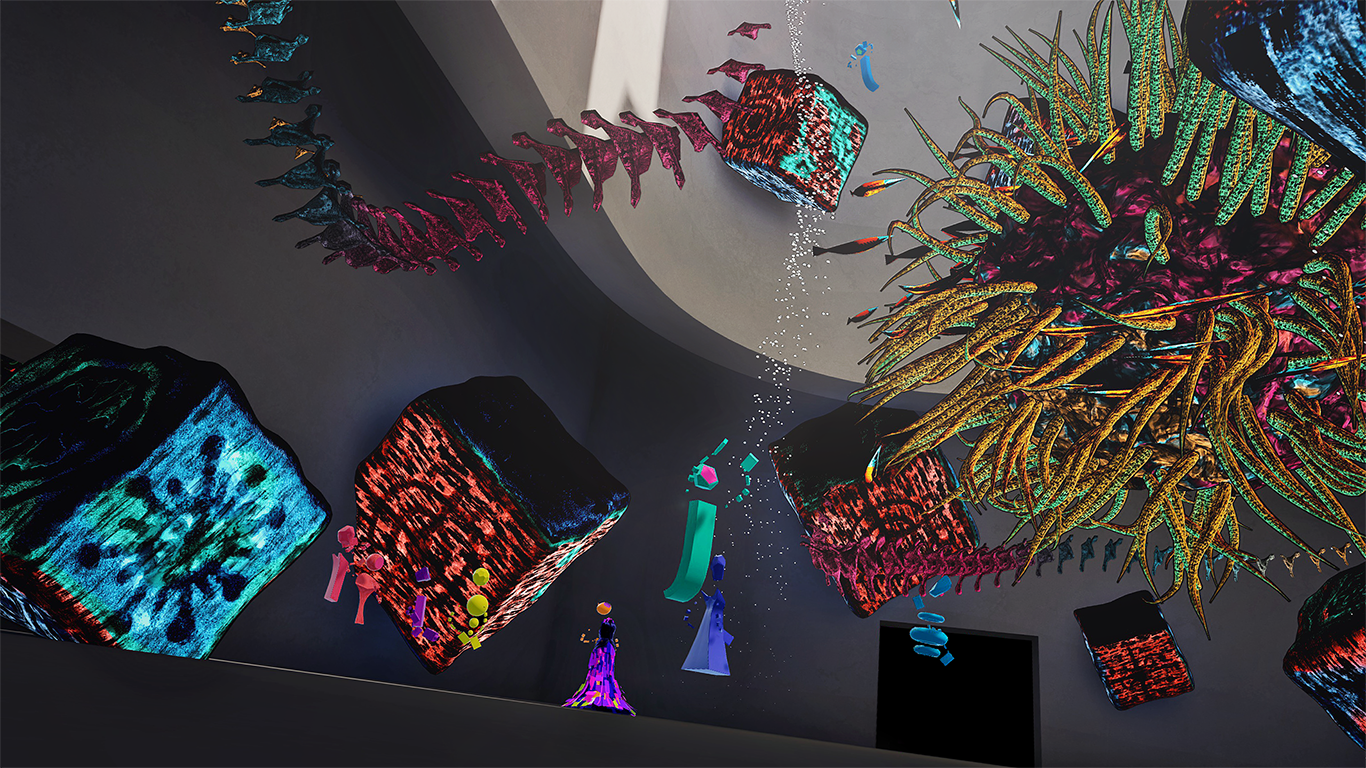 After many months of development, we're excited to finally launch version 1.0 of the Museum of Other Realities (MOR) on Steam and Viveport. During our time in Early Access, we had the opportunity to hear from the community, which in turn, helped us iterate based on the valuable feedback we've received. We're also glad to have worked with so many amazing artists who have contributed so much to the MOR.

This is, by far, one of the biggest updates we've made to the MOR, so here's a relatively brief rundown of some of the changes to expect.

This isn't the MOR you remember, it's much bigger and bolder, with a new design and artwork spanning two floors. We wanted to give the art in the museum more space to breathe, without overwhelming visitors all at once.  The MOR team went back and forth with artists and architects over the last year to create a space that aims to blow the audience away. The size of the museum introduces another element we're excited about: discovery. With the breadth of this new space, the MOR becomes a place you can return to and always find something new.

A few pieces such as Devalaya Rupanam by Kevin Mack and IM || MATERIA by Isaac Cohen were inspired by and designed around the spaces they inhabit, overlapping with the architecture and provide new means of traversing the museum.

With improved navigation systems, finding art, locating your friends, and meeting new ones is easier and more intuitive than it has ever been. When designing the new space, we had to figure out ways to ensure visitors can get around the museum. As a result, the map became even more central to the MOR and is one of the first landmarks you come across when you step in. When you hover over a pin on the map, you're not only presented with more info about the artwork but also a light ribbon that guides you to its location. Plus, if you find yourself lost deep within the museum, you can always return to the map by teleporting up.

We've made it easier to customize your appearance even further with our upgraded avatar system. While you could already mix and match different head and body types, you can now grab the sliders to modify or distort the parts even more to create an avatar that's unique to you.

And with UI/UX improvements to inputs and social controls, you no longer have to fiddle with flat-screen menus to find friends and interact with them.

There are a few other things we don't want to spoil, so we can't wait for you to try it out. Working with architects and artists over the last several months has been fantastic, nothing we are doing would be possible without the creative contributions of so many talented individuals, we hope you are as enthralled as we are with MOR 1.0.

You can download the Museum of Other Realities on Steam or Viveport.