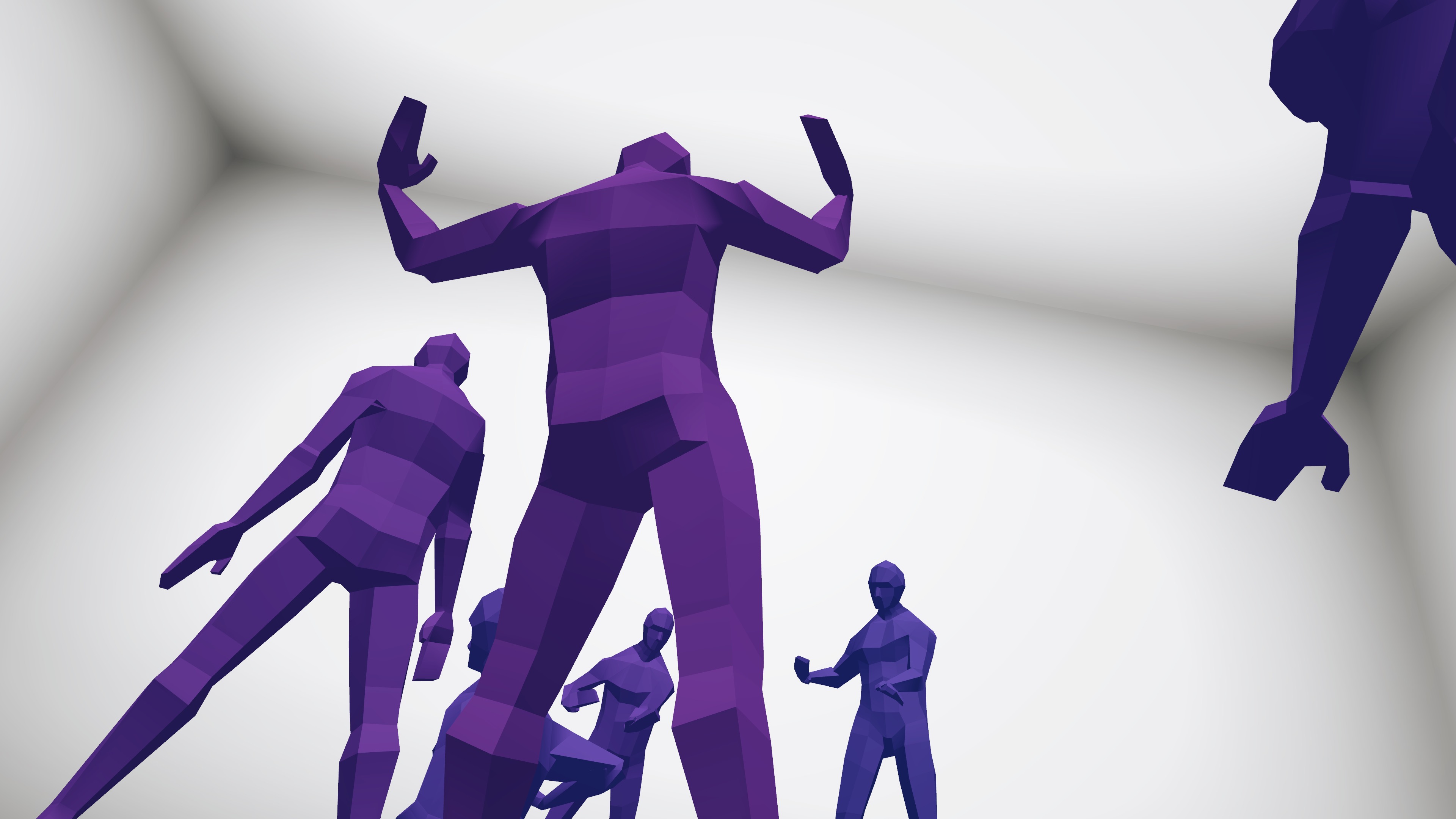 This show goes far and wide to address a widely reported, collective feeling of funk during this state of quarantine. We're showcasing a variety of new pieces and a fresh spatial interview too -- with Isaac Cohen (@Cabbibo). He will be joining us at the event and giving a talk about his work on IMMATERIA .

To access the room, launch the app on at 6pm PT on Friday, go through the Online door and you should automatically see everyone in the MOR.

If you're offline or disconnected, hit Connect by the map and you should be good to go.

New in the Museum

Created by Aidan Waite (@aidanwaitecomma) and David Han (@DavyDangerpants) in Unity, Friend Generator (@friendgener8or) is an experimental project that records movement through space, engaging in temporal conversation with the viewer.

Walk into the room and watch as your mimics spawn and wander around you, capturing your delight and wonder across time. Together, Waite, a game developer, and Han, a media artist, aim to understand, challenge, and expand the range of possibilities for creative practice in VR.

We’re also showing a piece by Ivano Salonia (@ivano_salonia), an XR artist with a background in brand communication and visual strategy. A result of daily practice, EDEN is a little corner of a surreal garden with a humanoid presence "acting as a primordial being in a digital realm”.

The piece was made entirely in Gravity Sketch, with Salonia also composing the soundscape for the piece. To the viewers, he recommends - that the moment be given a chance. “It’s an alternative reality that simply exists,” says Salonia.

FishBowl is a modern recreation of a 19th-century Harmonograph, a physical machine that converted the movement of pendulums into geometric images. Created by Lachlan Sleight (@LachlanSleight) with compute shaders, the piece has little bands that animate and change colour.

Lachlan is a VR designer, creative coder, and VR educator. He's interested in the ways that VR allows us to expand the scope of experiences accessible to a human mind by allowing us to manifest and share the worlds and spaces inside our heads - ultimately bringing us closer to nature and ourselves.

VR artist and performer, Anna Zhilyaeva (@AnnaDreamBrush) is treating us to a new piece, Black and White Daydream. Anna has always found her own style in Tilt Brush and this piece is even further along her stylistic progression. Come see as her use of layered strokes with a minimal colour palette blur the lines between 2D and 3D art.

In Case You Missed It...